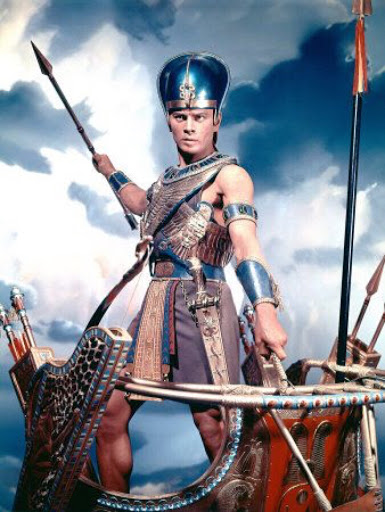 If you are a scholar of the ancient Middle East or Egypt you may notice that since we began the story of Joseph the dates have certain discrepancies. These, you will see, accompany the subsequent history until the time of King Solomon. We will explain why this is.

Egypt has the best historiography available in antiquity, surpassing even that of the Greeks and Romans (thousands of years later).

There is at the moment a roughly 300 year dark age in many of these civilizations that are dependent on Egypt’s records that were dated wrong. But if we follow the new chronology then there is a time correction resulting in the disappearance of the se dark ages altogether.

Between now and the time of King Solomon, you will find that our timeline (and that if similar studies) differs from the accepted traditional timelines. There seems to be a discrepancy of about 200 years all throughout. Basically, our chronology runs 200 years earlier or 200 years behind the traditional chronologies. You may want to know why. I would if I was reading it! So you don’t get confused and wonder why the timeline we chose to use is different than its accounts we will explain.

Much of our reasoning comes from research carried out by archaeologist David Rhol who, although is an agnostic, fully supports all biblical stories surrounding Joseph and the Exodus.

There are two timelines used by scholars. One, overwhelmingly popular, places the Exodus at 1250BC. The other places it at 1446 BC. We believe that, like the theory of evolution, the first one is globally popular but that it is also wrong.

The entire story of Joseph and the Exodus has been met with increasing skepticism today. Most archaeologists now do not believe the Biblical account for lack of evidence. Guess what? They are right! Then how can the biblical stories be
true?

The dating that the traditional chronology is based on is due to two incorrect assumptions concerning two Pharaohs [1].

Was the city of Rameses contemporary with the Pharaoh?

No. The Bible mentions  the “City of Rameses”. Historians have then
assumed that the event took place during the rule of a Pharaoh with the same
name: Rameses II (1279-1213 BC in the old chronology or 943-877 BC in new
chronology).
This Pharaoh was one of the most powerful. He was responsible for many building projects and for the famous Battle of Kadesh against the Hittites. He restored Egypt’s glory and so historians like to equate the powerful, arrogant tyrant of Exodus to this historic figure.

Were Shishak and Shoshenk the same person?

No. King Shishak, is found later in history, during the time of Solomon. We know Solomon built the temple some 480 years after the Exodus. Shishak is the first Pharaoh to be mentioned in the Bible by name. Archaeological evidence was found of the  existence of a Pharaoh called Shoshenk I (ruling 943-877 BC).

The mistake that we agree that the scholars may have made was to assume that Shishak and Shoshenk were the same person. So they established Shishak as ruling at 943-922 BC and they counted the time backwards 480 years and placed the Exodus at the 1200s BC instead of the 1500s BC.

In conclusion, the Exodus did not take place during the New Kingdom of Rameses II in the 1200s BC but earlier, during the
Middle Kingdom of Pharaoh Amenhotep II. 1

For years (and still persisting today) skeptics of the Bible state that there is no evidence that large numbers of Hebrews were ever in Egypt; let alone specific evidence on Joseph. Well, they are half right! Which means they are wrong.

There is no archaeological evidence of the existence of the most important “prime minister” of Egypt: Joseph at the time the archaeologist are looking.

There is also no evidence of an existence of large numbers of people from the region of the Levant at the time of the New Kingdom of Rameses II. Based on what we explained this now makes sense. Archaeologists were looking in the right place but at the wrong time.

Another piece of evidence is the Berlin Pedestal which marks Israel already as an established nation one century before Rameses II, which would not have been possible of course if he was the Pharaoh that had enslaved them.
This is yet another supporting evidence that the Exodus did not take place during the reign of Rameses II (943-877 BC) but earlier, during the reign of Dudimose (1450-1446 BC).

The scientists looked for evidence of the Hebrews in the city of Rameses during the New Kingdom and found none. However, underneath that city laid the city of Avaris of the Middle Kingdom. Here, there was overwhelming evidence of Hebrew settlements which show a population that disappeared overnight. There is also a palace and tomb of a of a very high non-Egyptian ruler that is thought to be Joseph because:

(a) there are Hebrew vestiges,

(b) there is a small pyramid (usually only used only for Pharaohs or equivalents).,

(c) the bones are missing; and we know Joseph’s bones were taken with the Exodus later.

So if these Hebrews settlements are at Avaris which means they were there starting in the reign of AmenemhatIV in 1651 BC. 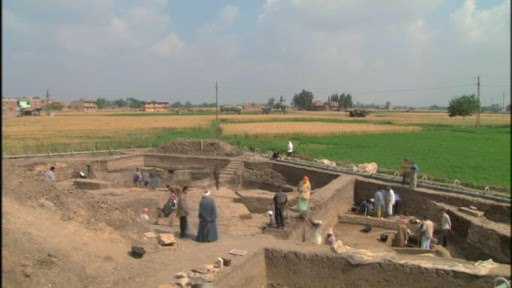 Jericho is another indicator. If we accept that the Exodus took place in 1250BC then the conquest of Jericho (which we will see later) would be around 1210BC. At that time, some archaeologists say Joshua arrived at a city that had already been destroyed and there was no evidence of Hebrews having been there at that time.

After its conquest by Joshua (which we will see later) Jericho was not to be built for centuries as commanded by God. Indeed there is a 600 year gap where no potent or evidence of any kind that there were people there exists. This is between 1400 and 800 BC when it was rebuilt by Hiel in the reign of King Ahab. The archaeologists excavating there cannot find evidence for the passage of the Hebrews and use this to reinforce the supposition that the Bible is a myth. Well, once again, they were looking in the right place but at the wrong time.

Of course, if Joshua arrived in fact 200 years earlier instead then it coincides with the Biblical account.

Archaeologists found the stone Joshua erected at the temple in Shechem  from the Bronze Age. This is important to mention as a rebuttal to those insisting, particular Muslim extremists, that all of this period is a fabrication.

This stone is there today completely unrecognized even by the Israeli government for what it is because they and the majority of people put Joshua there much later and there is no evidence.

SO THEN WHO WAS RAMESES II?

So if Rameses II was not the traditional pharaoh of old Hollywood and old archeological tradition then who was he?

He is in the Bible

Shishak is a actually a hypocoristicon (short form) of Rameses II. Sysw was what ordinary people called him. Cuneiform Akkadian vocalization resulted in the short form Shesha. After a complex analysis of the hydrographic sand symbols in context, archaeologists like David Rohl have finally equated Shishak to Rameses II.

The writing is on the wall

Confirmation comes at the archaeological site of the Ashkelon Wall where the major wars of Seti I and Rameses II are listed.

First three seated enemies of Egypt: Tjehenu, Hatti and Pa-Canaan are drawn from victorious campaigns of Seti I.

The depiction of Rameses Against Israel shows two things that could not be from the time of Moses:

(b) war chariots on both sides (Egyptian and Hebrew), and we know there were certainly no chariots with the Hebrews in the Exodus.

Rameses II could not be the Pharaoh of the Exodus.

Ironically, of course, it was not the Hebrews that plundered an Egyptian kingdom headed by Rameses II as suggested by Hollywood and most historians but it is really Rameses II (Shishak) that plunders the greatest kingdom of Israel at its zenith.

This has gained a lot of popularity amongst the Egyptians and Arabs because Rameses II was their greatest king and for him to be undermined by the Hebrew slaves and Moses was embarrassing. Now they have some obscure Pharaoh being defeated by the Hebrews in the Exodus and Ramses the second being the hero that plundered Solomon’s temple.

The Bible states that King Solomon’s building of the temple happened 480 years after the Exodus. Most scholars agree that Solomon began ruling in 970 BC. Assuming, like the Bible leads us to do so, that the temple was built right at the beginning of his reign then when we go back 480 years we land on 1450 BC and not at the time of Rameses which was in 1200s BC.

In conclusion, the “God’s War Plan” project will accept this newer theory of Joseph in Egypt at 1658 BC because:
(a) We chose to believe all biblical accounts from the beginning.
(b) Nothing in the Bible has ever been disproved.
(c) The Bible describes Joseph and this archaeological evidence uncovers the nearest person fitting that description around that time.
So since we believe in Joseph with no reservation then we accept this date.
Consequently, although for a long time it has been thought that Moses and the Exodus took place around the 13th Century BC, during the reign of Rameses II, it is now accepted that it was placed instead at the 15th Century BC, under the reign of Dudimose.
Although actual dates have little consequence to our mere telling of the histories that are to follow, we thing it is still necessary to stick with a timeline that we agree with, i.e. that works for us and that reflects what we believe to be Biblical reality.
A “Timeline” is available for consultation of dates at the end of each chapter dealing with a battle or major event. There is also an entire timeline on the Appendixes.

[next time: “Egypt – the first Superpower“]