Spiritual Warfare: What does God say about War?

Since the 90% of this study will be an analysis of the Old Testament, it is natural that many Christians question the validity or necessity of dwelling this deep into the subject of warfare for the purpose of edification today. After all, we are under the New Covenant.

This is where we begin to make a distinction between warfare, as shown in the battles we analyze and spiritual warfare, present in every instance of our modern lives and in every corner of the Earth today. Old Testament history shows that war was part of God’s gift of the land to Israel. Now that the distinction is clear, the enemy is one and the same: Satan. It is true there is no need for Christians to engage in natural war, but there is every need for Christians to engage in spiritual war. In spiritual warfare, it is impossible not to take a side. We are either vessels of the Devil, actively fighting on his behalf, or vessels of God, “fighting the good fight”.

1 Timothy 6:12: Fight the good fight of faith, lay hold on eternal life, where unto thou art also called, and hast professed a good profession before many witnesses.

When we accept Christ, we have declared war on the kingdom of darkness.

“There is something comforting by having Satan as an enemy. You would rather have him as an enemy than as a friend.” Charles Spurgeon. 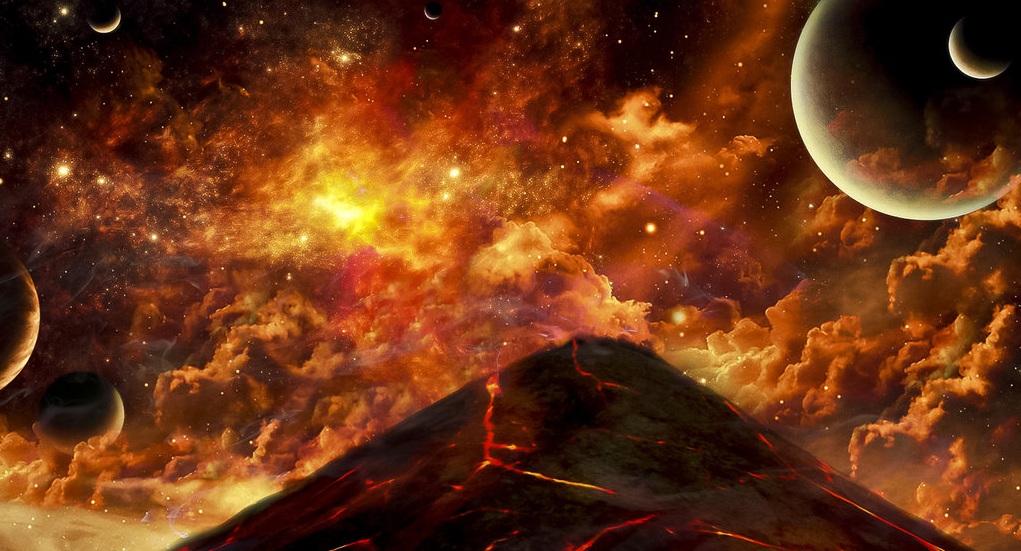 WE HAVE THE ADVANTAGE in Spiritual Warfare

This work analyses every major conflict from the dawn of history and shows how, in every instance, God’s plan came to pass. (Isaiah 59:19)

The best speed the Devil has is slow speed. Our power is fast moving, stronger and better than the enemy. If we speak right then, he doesn't even show up. After all, God is in control and success is often up to us. It is up to us to relinquish our control to God.

The Biblical and secular wars and battles we analyze in God's War Plan are but an extension of a more profound, more significant spiritual warfare that has gone on for millennia. More important than the “how” or “where” of a fight is its outcome, and why it is pre-determined. Satan has already been defeated. (John 14:30-31)

Our fight is not the fight against Satan. We fight the fight of faith. Satan wants to keep us out of the faith, leaving us to our weak worldly devices so that he can pounce and destroy us; destroy our will, our joy, our identity as followers of Christ. After that, any regular problems will be enough to oppress us.

God does not allow problems to oppress the believer who stands firm. The believer enables oppression by his disobedience, lack of faith, sin and so on. If we're in the will of God, there is provision. (Psalm 21:1-13) 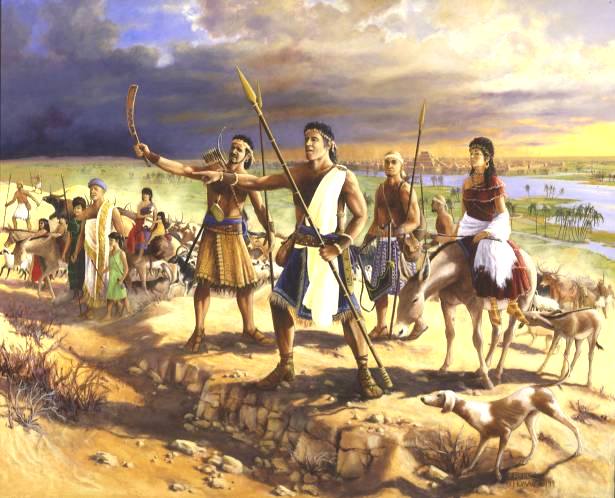 Spiritual Warfare - GOD’S USE OF BATTLES

1 Samuel 17:47 (NRSV): And that all this assembly may know that the Lord does not save by sword and spear; for the battle is the Lord’s and he will give you into our hand.

In this new dispensation, we are more than conquerors and have no use to take up arms. Let that be well understood: God’s perfect will for us never includes violence in any way. On the other hand, if specific battle accounts were not essential for us to know they just would not be in the Bible. God has promised to preserve His word and, for some reason, He wanted us to keep the military history of the people He also chose to preserve and keep close to Him: the Israelites. This history serves all Christians as an agent of edification of our faith and spirit man.

We know, of course, that God is all-powerful and can surely do whatever He pleases. Yet we also know He seems to function within specific patterns. For instance, He has his imperfect people – the Church (us Christians) – carry out His most important work on Earth. As a matter of fact, in this Age of Grace, the spreading of God’s love and message of salvation to the world is an ongoing collaboration between the body and the head; the church and the Father; us and Jesus (John 15).

The same way it seems that even in the Old Testament, where God had a more active presence in the natural events – for instance, the destruction of Sodom and Gomorrah by hail – He mostly used His people to accomplish the victories. After the New Covenant under the blood of the Messiah, Jesus Christ all that accept His forgiveness are His people. But that doesn't mean we should discard the valuable lessons of God's wars. The battles of the Bible are instrumental in building up our faith. Through them, we, the universal Christian, consider the record the Hebrews. Both Christians and ancient Hebrews were both equally loved by God and both His people. Hence the relevance of Bible battles today.

God may have changed the way He had communion with His people before and after the New Testament, but His honouring of those covenants and His will for His people has never changed. For this reason The Old Testament is as valuable as the New to experience God’s Love. His devotion to ancient Israel is the same devotion He has for all His born-again children of all nationalities today.

Christians are not called to make war because in this dispensation we have other weapons: salvation, the Word of God in the Bible and the Holy Spirit.

If God will protect Israel, His highest flow is to do it without natural weapons of war. Nevertheless, when modern Israelis (of the State of Israel) used whatever measure of faith they had against attack God still met them where they were at. These two concepts explain the miraculous deliveries through the numerous wars Israel fought in the 20th Century after the creation of its state in 1948. 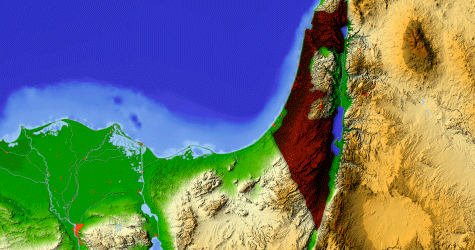 In any case, this does not invalidate the fact that war is no longer part of God’s perfect will in any way. Make no mistake; all weapons have no reason to exist in God's world. However this is only true if it is indeed God's world; a world controlled by the sanctified man under God's protection and not, as it is, a fallen world given over to the Devil.

In the wars from the 2nd Millennium BC to AD, we see God use specific locations, armies, formations, and even inspire strategy and tactics to Israel. We know God will give the fighting men victory, but it is exciting and valuable to see the natural earthly conditions united and practical ways in which this is accomplished. By absorbing these lessons, our faith is built up, and we become familiar with a pattern of God’s operation that we can transfer to our lives and rely on.

The holy Spirit – our COMMANDER in CHIEF

John 14:16 AMP: And I will ask the Father, and He will give you another Helper (Comforter, Advocate, Intercessor—Counselor, Strengthener, Standby), to be with you forever.

God’s war plan is not like men's war plan. For instance, an army, in our natural battles would never rush forward immediately without proper reconnaissance. Such action goes against most standard world rules. In the same way, if you are lead by the Holy Spirit and go forth you'll have the best possible advantage.

The Holy Spirit is described in some passages, particularly in the Amplified Bible, as “The Commander of the Lord’s Army”. (Joshua 5:14-15) 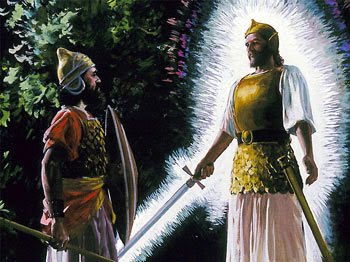 The Holy Spirit also raises our morale and is thus called comforter and strengthener. (John 14:26)

The inward witness is the primary way the Holy Spirit leads us. As a child of God, we have a right to be led. If we are not being led we may not be exercising our rights. (Romans 8:14-17)

We are to be led by the spirit, not by our ambitions or fears. We are not supposed to make our own plans. We have to trust that God has the best path for us, that the Holy Spirit will guide us and that there are angels assigned to assist us.

After God has delivered us from the death which comes by living in the flesh, what sense does it make for us to stay in the flesh after salvation? To the born-again believer, life is no longer his own. The blood of Jesus has purchased it. If we repeatedly and ultimately reject the Messenger, which is the Holy Spirit, then we blaspheme the Holy Spirit.

Proverbs 4:18: The path of the righteous is like the morning sun, shining ever brighter till the full light of day.

(a) Defeat of adversity has been done at the cross;

(b) Our flesh has been crucified with Jesus;

(e) There is a progression;

(f) The path will lead to abundance.

Even when the times are tough, faith always overcomes difficulties. We must build up our faith.

Read About the Latest Bible Battles.