The Egyptians and the Babylonians were the most resilient empires in the ancient Middle East. They had the infrastructure and population to survive watershed eras which saw other civilizations subjugated and lived on well into the second and first centuries BC. 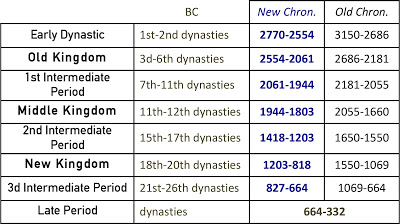 All timeline dates prior to 664 BC are based on Rohl’s New Chronology. Refer to our chapter “Chronological Discrepancies” for clarification. 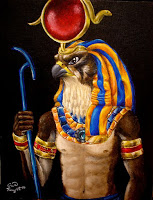 During the Middle Kingdom (20th-19 Centuries BC) Egypt was a united country with a developing mining industry and agriculture. It’s capital was Memphis under Pharaoh Amenemhat I  (1800-1770 BC). Senuseret III (1698-1660) took control over the families which held the country’s land and wealth under a centralized the government.

It was during the reign of Amenemhat III (1682-1637 BC) that Joseph moved to Egypt. This was during the beginning of a new historical period in that land. Trade was now developing between the two great Mesopotamian and Egyptian cultures. The key parts in the life of the main characters in the Bible always seem to be transitioning during key moments in history. 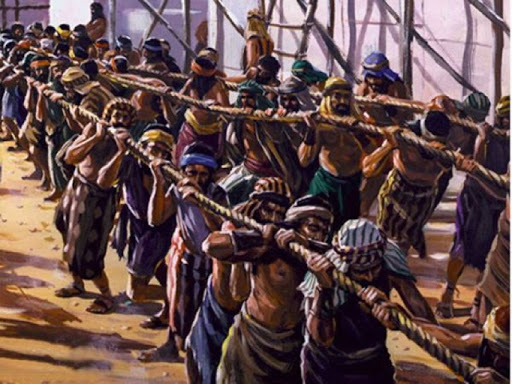 One of the strategic advantages that Egypt had compared to other large states was its borders. The Mediterranean Sea to the North and deserts to east and west formed a natural defence which enabled them to use their army for greater military ventures farther away such as the later battles of Megido and Kadesh.

Egypt’s economy was one of the first to be highly bureaucratic and centralized into the hands of the Pharaoh. Its administration was divided among by the privileged high ranking families and the temples. This setup may have reached its zenith during Pharaoh Wegaf (c 1563-1558 BC).

After the generation of Joseph and his brothers had died the Hebrews were by now a huge population. Egypt began building the foundations of their new empire on the Hebrews. The new Pharaoh Sobekhotep III (1568-1534) was a pragmatic tyrannical ruler with no regard for Joseph’s legacy.

Part of the reason was fear, that the nomadic Hebrews would become so numerous that they would revolt. There was understandable xenophobia as the Egypt had been an isolationist state cocooned by their eastern and western deserts and suspicious of foreigners (Exodus 1)

Just as fear had caused Joseph’s brothers to cause him to be in captivity, fear now caused the Egyptians to put the descendants of Joseph into captivity. In both instances, God would deliver the people into something greater. God Satan’s work into a blessing for Joseph and later for the entire Jewish people.

Moses was born around 1530 BC. He had narrowly escaped slaughtered at the hands of the Egyptians sent to kill every first born under the orders of Pharaoh Neferhotep. This may have been a population control method. There is evidence of a great number of dead babies at the archaeological site of Avaris, which matches the account of Pharaoh’s order to kill the Hebrew newborn.

Moses was found by the sister of Pharaoh SobekhotepIV (1530-1508) and adopted into the royal household. Although not much is known about the 13th dynasty, it is evident that this was a very powerful ruler due to all the statues of him.

Again, like it happened with Joseph, God not only delivered his future servant from the Devil’s scheme but held him up to greater blessings. Moses was a prince of Egypt. Like Joseph, he had power but was a Hebrew without knowing.

Moses met God through the burning bush on Mount Sinai and was tasked with freeing his people from bondage in returned to Egypt. 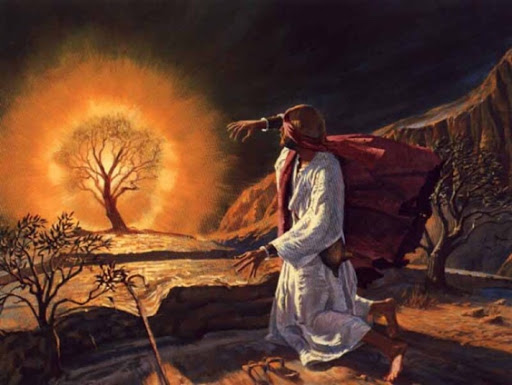 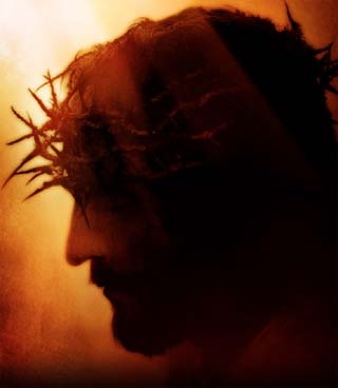 Egypt is emblematic with Jesus’ crown of thorns when he is charged with removing the curse of sin over mankind (Matthew 27).

Not only does God promise deliverance but He promises they will not go empty handed but with plunder from their captors of four centuries. He then promises them the land of the Canaanites, Hittites, Amorites, Perizzites, Hivites and Jebusites.

God assures Moses of victory beforehand. Notice He does not say how this will be accomplished. Those things will become evident when they need to be. All God says, for the sake of Moses’ faith is the outcome. God effectively put a demand on Moses’ faith, for he would need increasing amounts for the future tasks.

God’s war plan for the future people of Israel was effectively setup at this stage.

WORLD HISTORY TIMELINE at the time of Moses

[next time: “The RED SEA CROSSING“]