For reasons of sustenance, Esau took his family and the wealth he acquired in Canaan and moved away from Jacob’s family. He went looking for a land that could support his livestock. Essentially, Esau let his possessions
dictate what he must do instead of what God might wish for him instead. Esau settled in Edom, in the hill country of Seir. The Edomite kings were: Bela son of Beor at Dinhabah. Jobab son of Zerah at Bozrah.
(Genesis 36)

Jacob had 12 sons, at Hebron. His favourite, Joseph, walked closely with God, heard from Him and had great discernment. His brothers did not understand his spirituality and saw him as a threat. They betrayed him by
selling him to an Ishmaelite trade caravan. Joseph’s brothers were motivated by fear. Out of this would come future strife  between two future Hebrew kingdoms of Judah and Israel which would end up in civil war.
(Genesis 37) Routes of Isaac, Jacob and Joseph 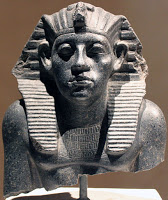 Around 1682 BC, most likely during the reign of Pharaoh AmenemhatIII, Joseph went at first to work, as a slave, for a man called Potiphar who quickly learned to appreciate him for his work and put him in char he if his household. Again, falsely accused by, this time, his master’s wife, Joseph is thrown into prison. He is later freed because of having interpreted Pharaoh’s
dreams concerning his kingdom.
The seven gaunt cows coming out of the Nile indicate that the famine was to be caused by
overflowing of the Nile; there is archaeological evidence for this. 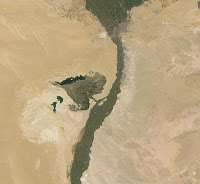 In 1666 BC Joseph became governor of Egypt, by Pharaoh’s decree, during a time of great power and prosperity. One of Joseph’s achievements as governor was the Bar Yosef canal (the Joseph Waterway) in which he diverted the flood into a small reservoir which is there today.

Jacob sent his sons to Egypt to seek food, for there was a famine in Canaan. Joseph is merciful and reconciles with them. (Genesis39- 45)

Pharaoh invited Joseph’s whole family to settle in Egypt. He offered them the best land possible. Joseph instructed his brothers on where they would settle and why: in Goshen because, as shepherds, they were detestable to Egyptians, even though they had Pharaoh’s blessing. (Genesis 46)
The Bible constantly points to the image of shepherd as the maximum protector and leader of the people of God. The most famous Psalm 23 clearly states that. That’s why Satan does not like shepherds. This is evident as the pagan worshiping Egyptians did not like them. This discrimination, from Egyptians to Hebrews is really from Satan to God.

As Joseph had prophesied, after 7 years of great abundance, there was a great famine in the land for the same length of time. It is believed this was during. Joseph, as governor, changed the economic setup of Egypt, transferring the wealth of the nobles and concentrating it under the Pharaoh so as to better carry the country through the famine.
A prophecy of the famine is also found among early Egyptians regents themselves. It is in a text called The Tradition of the Seven LeanYears in Egypt; attributed to Djoser, a pharaoh of the Old Kingdom.
The Egyptians had gone through all their food and livestock. All they had was their land and themselves. They were now subject to pleading governor Joseph for food. Their sustenance was in the hands of a foreigner in their own land. 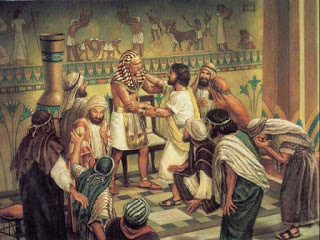 Ironically, Joseph from the people of Israel, was the instrument that established the precedent of putting people – at that time the Egyptians – under servitude to Pharaoh. However, this was not slavery. He also established laws that were to remain.One of these stated that one fifth of all produced belonged to Pharaoh (which was under the administration of Joseph).

After the famine, the Israelites settled in Egypt, prospered greatly and multiplied. Years later Joseph eventually forgave his siblings and died.

Egypt was to serve as Israel’s place of refuge just as it served that purpose later for Jesus as an infant. (Genesis 47-50) Ancient Near East
time of the Patriarchs

The Hebrews did not actually call themselves by that term. Hebrew was a derogatory term used by other kinds to point out these eastern peoples that settled in other lands. Israelites were Hebrew but not all Hebrews were Israelites.

In the same way, Christian was an uncommon term among the believers of Christ. Actually it only shows up in the
Bible 3 times! It was also used in a depreciative way. 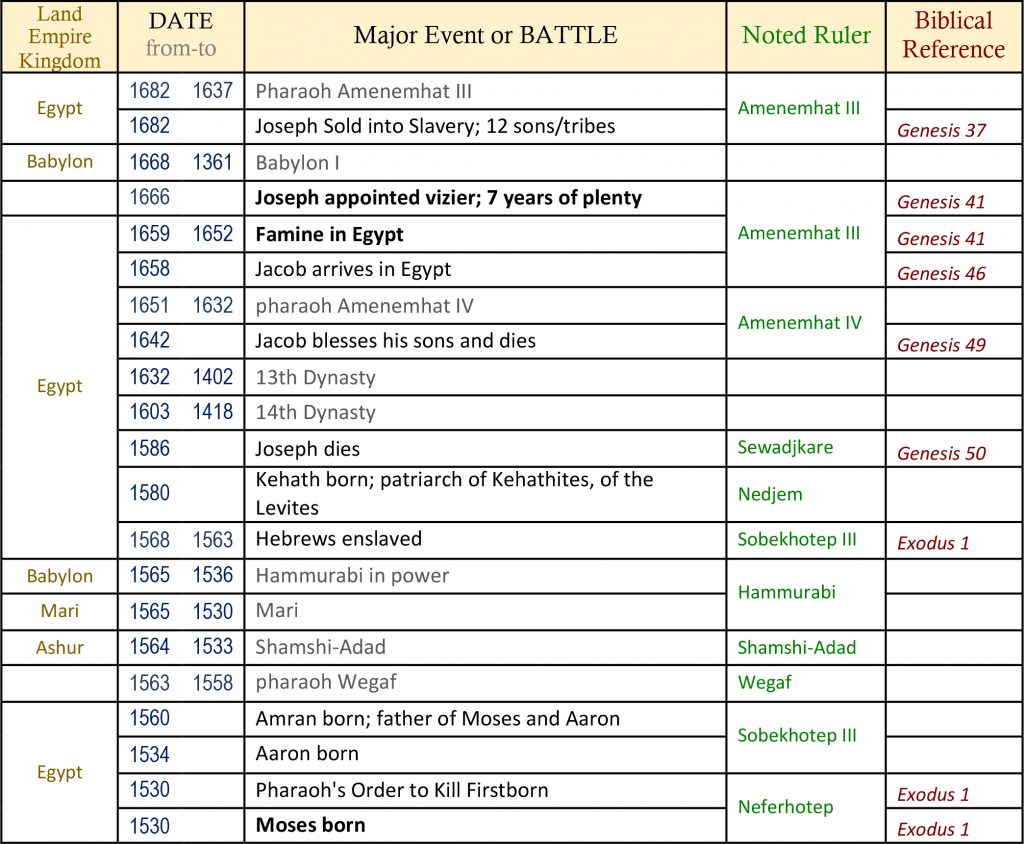