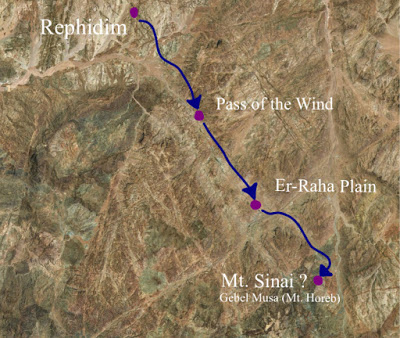 Upon reaching Mt. Sinai, 3 months exactly after leaving Egypt, God’s destiny for His people starts taking shape in the form of:
(a) The Ten Commandments given.
(b) Levitical priesthood established.
(c) Plan of conquest of the land revealed.
(Exodus 23)

The location of Mt. Sinai is unknown but its names in the Bible – Sinai, Horeb, Paran – are all mountains in the southern Sinai peninsula. 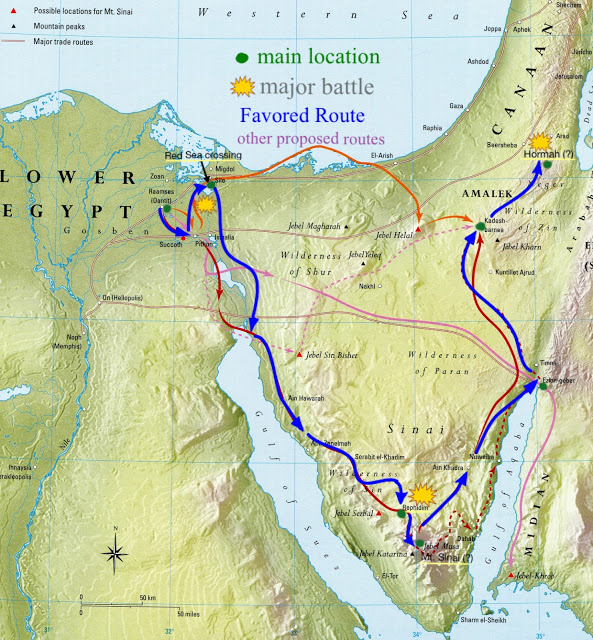 The perfect plan that God had for his people wasbeyond escape their bondage from Egypt, it was entrance into the Promised Land in Canaan.

As today, the perfect plan of God is beyond our deliverance from the bondage of sin, it is entrance into his promises of favour and prosperity in a fuller life. Many people are content in staying in the wilderness. 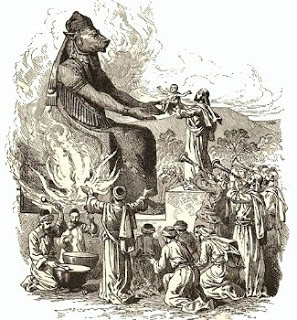 The two types of herding civilizations in history have been those of wandering livestock, like the Hebrews, and settled livestock like the Amalekites and  Canaanites.History has shown that they have not, for the most part, been in competition with each other. There was no economic reason to go to war against the Hebrews unless this was motivated by something else.Indeed Satan against God. The only difference between the fighting armies, at any given time, was that:

(a) Satan merely used the different peoples to fight with God.
On the other hand God was the creator and had a relationship with his people; they were more than just soldiers to Him.
(b) While the pagan Canaanites did not know on behalf of who they were
really fighting, the Hebrews knew who their Father was.

Evil has existed far and wide throughout history. Evidence for human sacrifice, for instance, has been found in the royal tombs at Ur, in Mesopotamia (c 2500 BC) as well as China during the Shang Dynasty (1558-1048 BC). 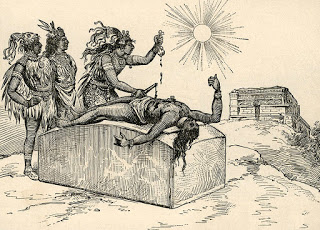 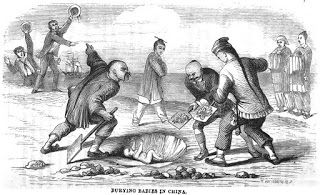 Turning to the supernatural for direction has, for the greater part of humanity, has been a normal undertaking. It is only with the carnality and spiritual void of modern society in the last 100 years that people have forgotten. The fact that 95% of our timeline has shown a greater reverence towards a superior being should say something about us and it should make it harder for us to accept the view that, all of the sudden, modern society has discovered the truth and done away with the need for godly direction all together.

Oracle bones and turtle shells were used in China and other parts of the world to see into the future. Later it would be bird entrails in Egypt and the Mediterranean. This was used by rulers for discovery of the outcome of military campaigns among other things.

The Hebrews were in the wilderness, prepared to take the Promised Land of Canaan, during a time in history where the empires were all, each to a different degree, in turmoil. Canaan had always been a coveted area to powers such as the Egyptians, Hittites and Assyrians because of:

(a) it’s geographic position between, or at the frontier, of these
empires;

Canaan constituted the far reaching zone where these cultures mixed and empires converged; geopolitically the centre of that known world. Other regions like Canaan with this quality were, for instance, Ethiopia and Southeast Asia. 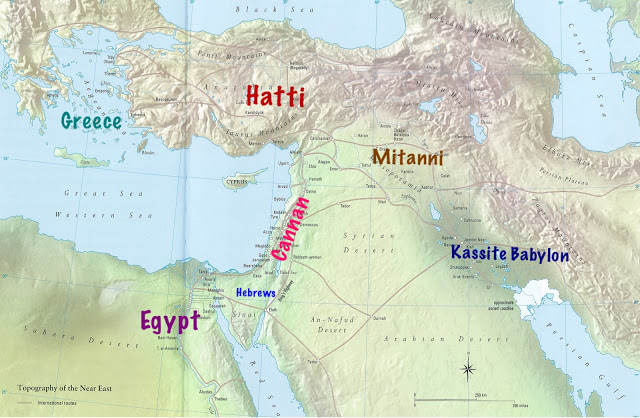 Nevertheless there were independent populations there to pose enough of a threat to the Hebrews. God promised occupation of the land of the Amorites, Hittites, Perizzites, Canaanites, Hivites and Jebusites, and their destruction. These had originated from migrants  had landed from parts of the Mediterranean and had defied Egypt, eventually settling in Canaan, particularly on the coastal area called the Land of the Philistines (later Palestine). 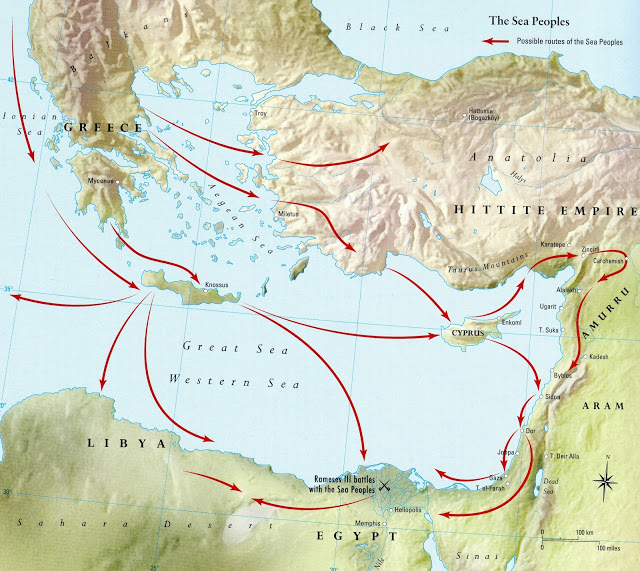 God is careful not to drive out these forces in a single year, as the land would become desolate and the wild animals too numerous for the Hebrews. Instead the occupation would take place little by little so that the Hebrew population could increase.

You can have land with territory but you cannot have a nation without population.

Borders are planned: from the Red Sea to the Mediterranean; from Sinai to the Euphrates River.

A key command is given in which the future of the people for the next millennium depends: they were never to intermarry with their enemies or make a covenant with their gods, even during peace time. The boundaries would have to be observed, neither would their enemies be permitted into Israel’s land nor the Hebrews live among them. Ignoring this most important warning would be a snare to the people. 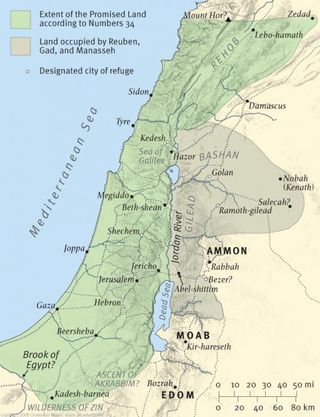 GOD is NOT a MEGALOMANIAC

Why of the holy wars that God had Israel fight in Canaan? Well, the Canaanites were a wicked people full of evil, depravity, idol worship and child sacrifices to Molek and other gods. Molek was either practised (as a sacrifice) or worshipped (as a god) by the Canaanites, Phoenicians, and related cultures in North Africa and the Levant.

For God to allow his people to live among this would be the same as Him allowing us to
live in Hell.

At this point God was preparing the way for his son Jesus, the Messiah. He could not have this child be born among a tribe/family of such wickedness. Such evil could not be tolerated to exist in the same geographic area. Hence the Hebrews would wipe out all iniquity from the promised land to make it receptive to the proper genealogical foundation for the Christ.

If this were not so there would have probably been more millennia of wars to get us to year 0. Even as it is we can see what a mess the Middle East still is in. 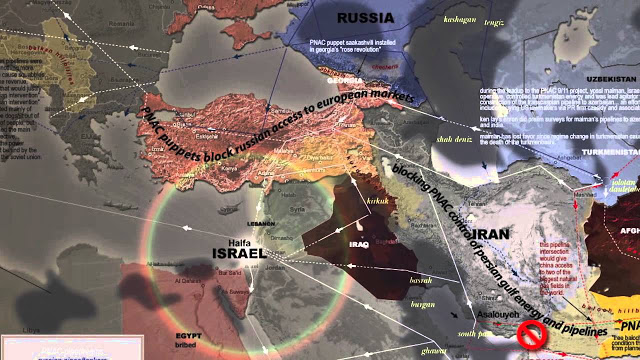 THORN in the FLESH

If the Hebrews did not deal with the Canaanites God said this would become a thorn at Israel’s side (Numbers 33:55, Joshua23:13, Judges 2:3). This problem would carry through to the New Covenant long after Jesus death and resurrection.

Indeed, thousands of years later, when the apostle Paul talks how his “thorn in the flesh” torments him this is exactly what he is referring to (2 Corinthians 12:7).

Paul was referring to the Canaanites which bothered his ministry everywhere he went. They had the right to be there doing Satan’s work until Jesus returned. God had warned people that this would be the result because the early Hebrews chose to
disobey God cohabiting with them.

In 2015, ISIS the greatest enemy to mankind in recent history blew up the Templeof Baal in Palmyra, Syria. Just a few months after, the cities of New York and London erected replicas to this child sacrifice monument under the guise of world heritage homage. 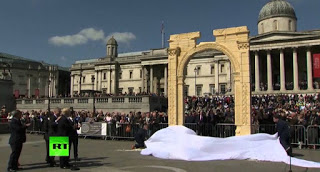 God Almighty: What is it about you that men see you that would cause them to follow you halfheartedly? Such a flaw does not exist, my Lord. Where there is blindness to this fact, please heal, so that the lukewarm will cease robbing you and shortchanging themselves. 2

[next time: “The Second Covenant“]