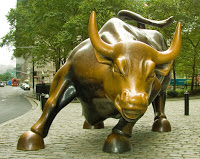 Exodus 21-40 records the settling of God’s laws for living  and instructions for worship.

A NEW COVENANT FOR a NEW NATION

For about a year, people prepared their advance. When they left Egypt they all walked together and fought together but now was time to separated the wheat from the chaff (Matthew 13:29-30).

The dissenters among them had to go. So it happened at the Golden Calf rebellion when the Hebrews made an image from the gold they had. Some people say it may have been a representation of the Canaanite god El or Baal. However, they were not yet in Canaan so we prefer a different explanation. The rebellion was probably influenced by the slaves they had picked up at the Dophkah mines and the image was that of that mountain’s goddess.

Either way, the worship of this image was a blatant rejection of the God that hade delivered His children. Moses intervened and those who worshiped it and did not repent were swallowed by the earth in the form, we can only speculate, of an  earthquake or another phenomenon.

After that Moses took the people into a new era marked by:

(a) Revelation of God’s Law.

(b) Building the Tabernacle where God was to live until a temple could be built later.

(c) Making the Ark of the covenant in which God could move with the people.

The ARK of the COVENANT 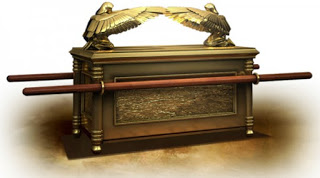 The Ark of the Covenant looked like furniture from that time in world history. It may have represented God’s footstool in his throne in Heaven. Although the Hebrews would take it to battle with them the Ark of the Covenant was not a talisman guaranteeing victory. It was a reminder of God’s power and habitation among His people.

From here people turned north and arrived at Mt. Hor (Gebel Harun), located in today’s Jordan. It is located in the place where Indiana Jones and the Last Crusade final scenes were.

God’s laws are all about freedom. He has established them for our benefit. This period  saw many of the fundamental laws be given to the Jewish people. There were laws benefiting, health and wealth. We will not bring these up but we will address one concerning the Shmitah year because it is a great example of the wisdom behind these laws and it has some bearing on national economics, which are associated with war.
The logic of the law on debts is such that everybody wins:
1.    You can’t pay your debts so you became a servant to your debtor.
2.   On the seventh year you were set free from servitude.
3.   You reserved the choice to remain in servitude if you thought you had a good deal after these seven years. If you liked the life you would remain a servant to your master by choice.
The same applied to labour:
1.    You work for 6 years
2.    On the seventh year you would rest, which have also the land time to rest.
Some people believe that we’ve been here for 6000 years and we’re getting close to that 7000 year mark where they will be rest.

As you walked in this is what you would see: 1
1.    The 4 entrance gates called the way: the 4 gospels you need to understand Jesus.
2.   Fire and blood: salvation from hell through the redemptive blood of Jesus.
3.   The water bowl called the sea: baptism after salvation.
4.   5 pillars at the entrance of the holy place: 5 is the number for grace.
5.    In the holy place there is the table of bread and the menorah.
6.   Menorah: Jesus the light of the world.
7.   The oil that fills the menorah represents the Holy Spirit.
8.   Table of bread: Jesus the bread if life.
9.   The veil into Holy of Holies called the way the truth and the life.
10.  Inside the Holy of Holies is the Ark of the Covenant.
11.Inside the Ark are the Ten Commandments; the budding rod of Abraham representing the resurrection from the cross; manna.
12.  The lid would cover the awesome glory of God contained in the Ark.
13.  Once every year a priest would be allowed in there to sprinkle blood over the lid. This blood would contain the wrath of God.
The only thing that can bring logic to this ritual is Jesus.
God required a temple and a lamb to atone for the sins of the world. The Lamb was selected for Passover on the 10th of the month of Nissan.
The tabernacle was a mobile temple setup in a tent. A place where God’s Shekinah – His glory – lived. 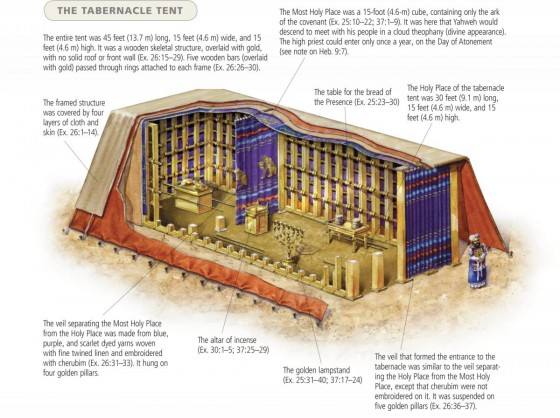 The whole architecture of the tabernacle was pointing to the Messiah: 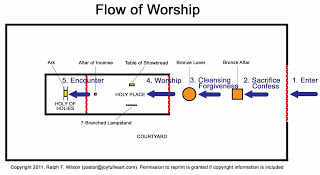 God made a new covenant with the people that had never been made with any nation. If the people followed God’s commands, the whole world would see Him through them. Israel would witness to the nations on God’s might and character when they observed its supreme command over the land that was given to it and its prosperity above all.

In Leviticus God gives clear, specific instruction to his people and continues to warn them not to defile themselves by mixing with their enemies.

Victory, protection and prosperity is promised as long as the Hebrews abide in God. Defeat, terror and poverty is promised if they do not.

No matter how many battles Israel wins, there will always be enough enemies left to deliver the disobedient to.

Moses sprinkled blood on the leaders of the 12 Tribes of Israel to announce a new covenant between God and men. Jesus would share wine with his 12 apostles announcing it as his blood to be poured for all and beginning the New Covenant. The old covenant could only cover Israel’s sins, not wash them away, that is why animal sacrifices would need to continue every year. Only Jesus blood would wash sin away once and for all.

Lord of God: how marvelous is your work and anointing and gifting the selected servants to take some of the things you have created to another level. Thank you, artistic creator, for sharing with us your creativity, love of beauty, and ability to turn both into substance. 2

[next time: “Tribes of Israel“]