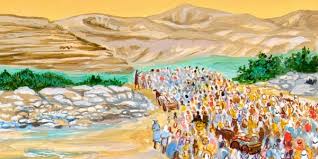 As the Israelites prepare to cross the Jordan they are also preparing for their new life in the Promised Land, Canaan. At this point we’ll take you through God’s provisions for his people in preparing for the military enterprise ahead as well as civil life.

The concept of God choosing the Hebrews is often misunderstood and takes people down the wrong path in understanding God’s nature if the concept is not grasped correctly.

By this point we can appreciate how God uses historical forces, resources and developments to serve His purpose. With people it is no different. Except to say that God also loves the human beings He created dearly and wants salvation for all, He will use them as tools as much as He uses nature, time and geography.

God’s choosing of the Hebrews was not so much a special preference that he had for them but rather a historical necessity. These were the people that worshiped one single God (the God of Abraham) and were also concentrated in a great enough number. He needed a nation to be in one place where he could develop the relationship with so that they would be a beacon to the world and to show God to the world through
themselves. Eventually they would birth of the Messiah which will go out to all the nations. So it is not that God had a special place in his heart for Israel but rather that he had a task where they fit in and he needed a nation to carry it out.

Passover: shedding of blood to atone for sins so that death does not enter.

Crossing the Red Sea: first baptism through the blood of Jesus.

Mount Sinai: receiving the teaching for our life.

Canaan: entering into the fullness of what God has for us in our life; where most Christians get stuck.

Jordan parts: second baptism of the Spirit empowering us to fight evil and live in the full measure of God’s glory.

The SCHOOL OF DEUTERONOMY

The Book of Deuteronomy describes a much needed recapitulation Moses gave to the new generation of Jews. He educated this generation as he had the previous one before they decided to refuse entry in the Promised Land. Moses would not be joining them in crossing the Jordan
but he made sure they were prepared spiritually and morally just as Joshua made sure they were prepared physically and militarily.

SEPARATING the BLESSING and the CURSE

Curses were a normal component of important covenants in ancient history. They of course served as the balancing component, a deterrent, for those considering disobeying the contract’s stipulations. The difference between the activation of curses in a pagan culture and among God’s people is that the pagans would call the curses on others while God simply removed His protection and the curses would naturally follow. This is a cursed world save for the redeemed.

In Deuteronomy 27-30 Moses commissioned an altar on Mount Ebal and listed the curses resulting from disobedience including defeat from enemies, famine, exile, slavery into Egypt again and other calamities.

On Mount Gerizim he listed the blessings resulting from obedience. God declared that when the people learn their lessons He restores them again to the promised land, no mater how far scattered they are.

The Jewish people always returned home. This happened after the Babylonian exile and after World War II with the creation of the state of Israel. 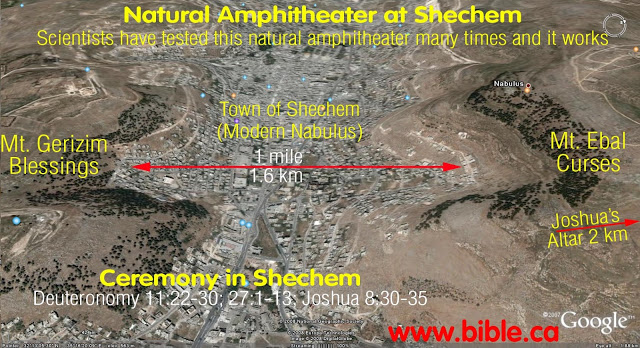 God wanted the Hebrews to see clearly. God told Moses to have half of them stand on Mount Gerizim and half on Mount Ebal. After that God outlined, in detail, the effects of the curse to one group and the effects of the blessing. He didn’t want any confusion, making His wish (again) abundantly clear and asking the people to renew the covenant.

God needed people to accept His fiery law so that he could express His love. In the present dispensation He needs us to accept his fiery spirit and be submitted to Christ so that he can show His love.

It it the Devil, prince of darkness, who likes murky confusing things so he can deceive men as he continues to do. 4000 years after God’s clear instructions the error, depravity, and inverted values of the world are greater than ever. They shall not stay there. God is just and in His great unfailing mercy, He gives everyone a chance to choose life or death. Revival will sweep through the nations in the end times and every knee shall bow. 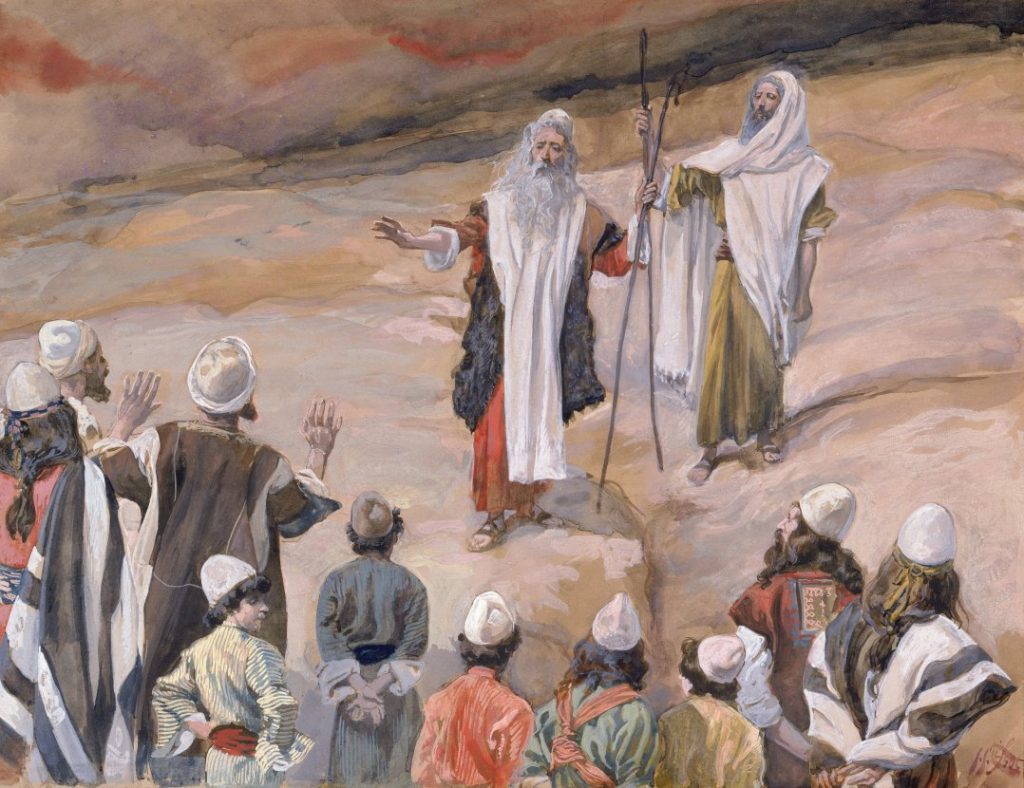 2 Comments on “Preparation for the New Life in the Promised Land | Deuteronomy; Invasion of Canaan; Blessings and Curses”