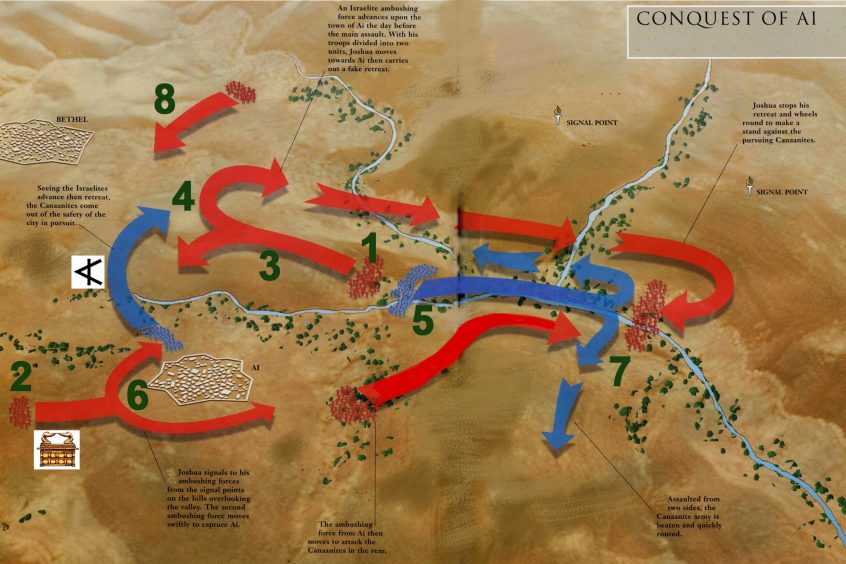 Bible Battle #12 – C. 1406 BC The Battle of Ai was a victory that began in defeat; the taking of the Promised land was put in jeopardy because of Achan’s sin in disobeying God. Following the Battle of Jericho, Joshua attacked the Ai fortress. He misjudged its defences and its defenders, resulting in a defeat, at first. Joshua did not … END_OF_DOCUMENT_TOKEN_TO_BE_REPLACED