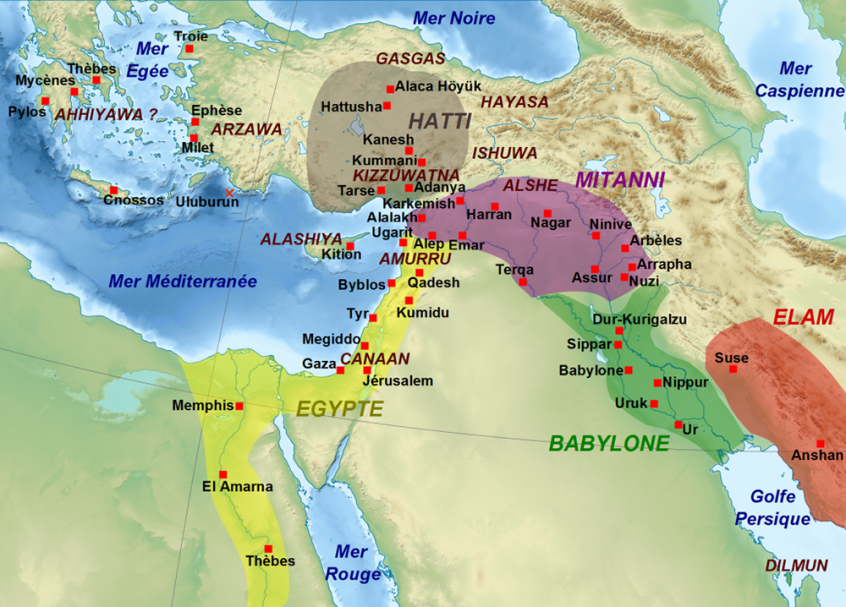 In the context of this project, the key objective of analyzing other powers is to compare each empire to the Kingdom of Israel. Highlight the approximations that each empire has to the kingdom rooted in God’s Law and see where they fall short. Around the 2nd Millennium BC a text was produced in southern Mesopotamia now known as the Sumerian King List. This had interesting parallels to the genealogies described in Genesis 5. It is mostly a propagandist document aiming to legitimize regents from Sumer, Akkad. It also mentions the great flood, after which, rulers rule for a few hundred years instead of thousands before the flood.

Two notable mentions in this list are Enmerkar and Gilgamesh. Enmerkar was the builder of Uruk in Sumer and, like Scripture would later record of Moses, he too was slow of speech. Gilgamesh, king of Uruk (and the first great hero of antiquity) undertakes an adventure which shares a flood story very similar to Noah’s. That account, along with the decline of lifespan after the flood, is something the Mesopotamian and Biblical account have in common and serves to support the Bible’s account. The Akkadian kingdom worshipped Ishtar, the goddess of fertility which would be a central dirty form many subsequent empires. 1000 years after the dawn of civilization to lower Mesopotamia region of Sumeria was still a place of small towns. Successive kings with the most famous being Gilgamesh. Sargon ofAkkad took over the region. He was the founder of the first empire in history. His own autobiographical accounts speaks of his mother putting them in a basket of reeds and pitch and lowering him into the river (just like Moses.) Sargon, like Joseph, interpreted the dreams of the king.

The Akkadian Empire took over Sumer, Syria and reached the northern Syrian coast of the Mediterranean. The most bellicose ruler, Naram-Sin, crushed uprisings and then turned against Elam. He also sailed down the Persian Gulf into Magon (Oman) and reached Lebanon. When he had nothing left to conquer Naram-Sin turned himself into a God and became the first king to demand worship while living.

Sumer eventually defeated them and by 2105 BC they go back to being a region of city states.

THIRD DYNASTY of UR Also known as Neo-Sumerian Empire. Appeared in Sumer after expelling the Gutians. Ur was the land from which Abraham came. Focussed on southern and central Mesopotamia, Elam and Southern Iran. It was a more compact empire than the Akkadians. They were composed of Elamites, Amorites and Akkadians. The Empire controlled the labour of 500,000 to 1,000,000 subjects and state slavery existed. The government had high bureaucracy with highly trained
scribes. Kings did not claim divinity for themselves but where nevertheless in attendance of God. Being one of great intellect, the king alone knew how to intercede for people to God. Animal sacrifice was already in place at this time.

The Third Dynasty of Ur Only existed for only one century. It disappeared suddenly probably because of over reliance on central planning.

The nomadic Amorites and Elamites took over the land but, not knowing how to administer the complex agricultural system established by the people of Ur, they regressed the region into dark age. It seems God spared Abraham this period as he left Ur when things were bad (Genesis 15:7)

The name comes from Egyptian “Amar” name for their God. They were an ancient Semitic-speaking people reaching from Syria to southern Mesopotamia. The Amorites have the distinction, among other 21st century Middle Eastern people to have established the first city states, the most prominent being Babylon.

One of their Dynasties was Aleppo, overthrown by the Hittites. Strategically placed at the narrow point between the two rivers, Tigris and Euphrates, whoever controlled Babylon controlled the whole traffic in the region.

Hammurabi, the most famous king in Mesopotamia, began 1565 BC a series of lightning campaigns lasting 12 years. He conquered a territory as big as the third Dynasty of Ur by defeating Elam, Larsa, Mari (c. 1531 BC), Sumer, Akkad, Isin, Eshnunna, and Assyrian Territories in Anatolia and southern Syria.

Hammurabi described himself as the ruler that brought peace and who’s scepter was just. Lex Talionis (an eye for an eye) was used, just as we would find in the Hebrew law. However the Babylonians were especially harsh with the disproportionate sentence of Death prescribed for all offenses.

Babylon comes from a word meaning gate if the gods. This accords with the account of the Tower of Babel (regardless of its precise location), the ziggurat which served as a gateway to the gods. The God Marduk was the chief deity. To the Babylonians, military campaigns were a reflection of outcomes of wars in the heavenly realms.

The First Dynasty had a standing army were soldiers received land in exchange for their service. After Hammurabi, his son was faced with major rebellions in southern Mesopotamia. 1362 BC spelled the end with conquest by King Mursili I of the Hittites.

The key contribution of the First Dynasty was to make Babylon the key city in Mesopotamia for the next 1500 years. In Mesopotamians worshiped the sun god Shamash which represented the oppressed. When the sun set then this meant it was moving to the underworld. It was during night that people worshiped their god; while he was engaged in that travel between the living and the dead.

The true Hebrew God warned his people that these “lesser lights” – the sun, the moon, the stars – were the created, not creation so they should not be worshiped.

The Babylonians themselves believed in Marduk. This god had to fight with a number of other gods to attain his right for divine rule and establish order. This is another distinction that Yahweh has compared to all others; our God never had to fight to acquire or maintain power. He was a supreme being all powerful from the beginning. The most common term used to identify an ethnic group in the Bible. The people from Canaan, also know as the Levant, especially in the south of that area. The word is the common term to describes a greater group of different peoples (listed below) forming the enemies of Israel. In later Old Testament books, at time the Canaanites immigrated to Carthage (c 500 BC) they are known as the Phoenicians.

Open country dwellers and villagers of the Girgashite Canaanite nation. They inhabited the fertile region south-west of Mt. Carmel.

The Hivites were one group of descendants of Canaan, son of Ham, according to the Table of Nations in Genesis 10 (esp. 10:17).

Canaanite tribe who built and inhabited Jebus (Jerusalem) before King David took it over (c 1000 BC).