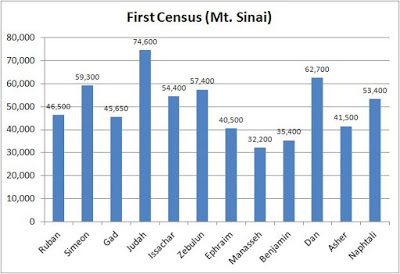 ORGANIZING PRINCIPLES of the NATION and ARMY

It may have been in the hidden valleys of Mt. Hor (Gebel Harun) that the Hebrews may have assembled and trained he army that would be the conquering instrument that Joshua would use to invade Canaan.

The Book of Numbers is one of the easier books in the Bible to overlook but it is ripe with treasure. Even on a natural level it is full of curiosities, particularly for the lover of military studies. The title refers specifically to the two census reports carried out.

The first census of entire community gives us an idea of the size of the fighting force.

While in other field armies, the protection was heavy around the king, emperor or supreme commander, for the Hebrews, the centre of this fighting force to be fortified was the Tabernacle. It was to be rendered impenetrable and holy with the Levites as its garrison or “praetorian guards”. (Numbers 1:51-53)

Did the Tabernacle really need protection? It was mostly a reminder to this huge army of over half a million that it’s real commander, it’s source of strength, it’s grand strategist was always God!

(b) Duties of the clans.

The people continued to structure their administration as a nation, proper, began to take shape. The Levites were given cities of refuge and leaders were appointed. God gave priority to every detail, to the point of finding the people the camp ground to settle in each day.

We can clearly see how the people’s setup for march is in the shape of a cross. Moreover, this setup strikes a parallel with Christ in that each clan has different gifts and duties but they all make up the body of the army that God had gathered.

Each one of us that has received the Holy Spirit was given a certain gift. These are all different throughout the body of believers yet they are all the work of one and the same Spirit. He distributes them to each one, just as he determines. Just like Christ is a body made up of many parts and, like Christ, we were all baptized by one Spirit. (1 Corinthians 12:7-14) 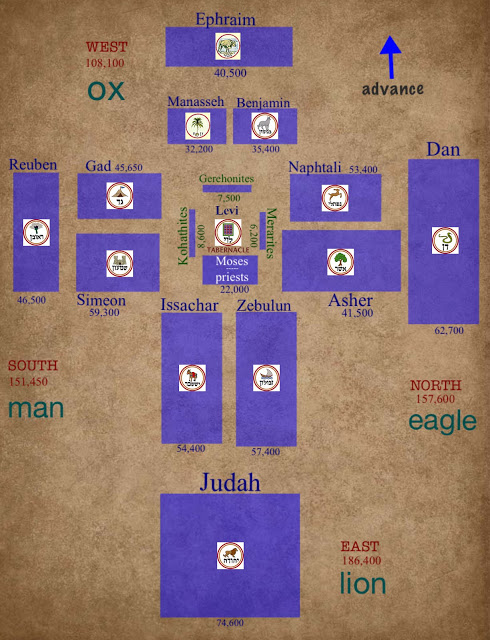 Thank you, Lord God, for our invincibility against our adversaries which is unnecessary to fear: for the blood of the Lamb, the word of our testimony and your strong and mighty right hand who has made in your image, ensure our victories. To you be given all the praise, honor and glory, my God. 1

OTHER PEOPLES in the LEVANT

At this stage of the Israelite advance, many kingdoms in the Levant were in turmoil at his point in history:

(a) Ammonites had taken over the Rephaites;

(b) People of Esau from Seir took over the Horites;

(c) Caphtorites from Crete took over the Avvites in Gaza.

God protected the land of Seir for the descendants of Esau, forbidding the Israelites from entering it. He also forbade entry into Moab, Ar and Ammon. 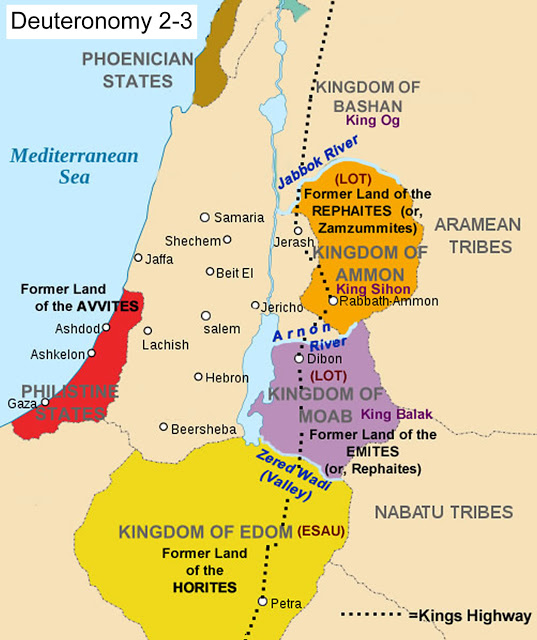 A little further away, Egypt also; it lay divided into Upper (in the South) and Lower (in the North) Egypt. Its focus was on its own political strife along the Nile rather than the once crucial frontier of Canaan, which had served as a buffer zone against other encroaching empires.

BIBLE HISTORY on LOCATION around the Wilderness

Eilat; ancient Ezion-Geber;
southernmost tip of Israel, on the Gulf of Aqaba

Wilderness of Paran facing
west; old road runs east of the mountains of central Negev. Hebrews may have
travelled through here because of the mountainous terrain to the west. This
route by the modern Jordan border is the only continuously flat land until
Canaan.

Wilderness
of Paran facing East; mountains
of Jordan in rear. 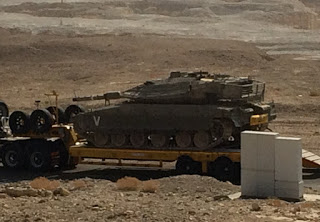 WORLD HISTORY TIMELINE in the Wilderness

[next time: “Defeat at Hormah“]